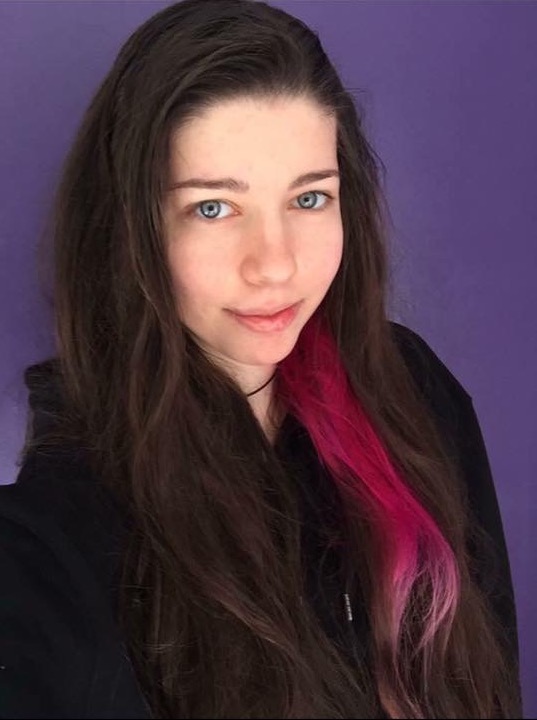 Sasha was born at home, two weeks later than expected, the most beautiful baby with intense blue eyes that would fix on you with an unwavering stare. Sasha was walking by about 9 months and chatted ten to the dozen. She had a lovely sunny nature, and even at an early age it was clear she was quite determined. Sasha loved playing, creating worlds with dolls and toys. She firmly believed her toys were alive and therefore should be treated with kindness. Clearing out months before she died she insisted her unwanted toys were sold to a kind person, who would love them properly.

Sasha hit life running. She skied, scuba-dived, rode, ran, shot, cycled, cooked and loved going away on holidays. She was much loved by all her family and very close to her elder sister, who loved Sasha dearly. Sasha was also a very good friend to many, including lots of very dear friends who she met during stays in hospital. These friendships were tremendously important to Sasha and she often spoke about her friends with great affection.

Sasha’s OCD emerged when she was tiny, 4 or 5 years old. She lived with it throughout her life and with the restrictions it put upon her. It took a great deal of energy, focus and determination to keep on top of her OCD. Sasha enjoyed volunteering, including at an under 16s clubbing event, despite the challenge it presented her and her OCD. She enjoyed the vibe and the music. Her music taste was very broad, everything from Hollywood Undead, Eminem, Guns n Roses, to Taylor Swift and Skylar.

Sasha loved running and the sense of freedom it gave her. She got a thrill from going fast, whether head long down a ski slope or plummeting down rollercoasters. Sasha could run like the wind. Sasha was extremely competitive and enjoyed a good debate. She hated it when people tried to bamboozle her, and she certainly didn’t suffer fools gladly. She loved butterflies, unicorns and bubbles. She believed you can’t say ‘bubbles’ and be cross at the same time.

She loved socks, especially dinosaur socks, well written books and experimenting with her hair colours – platinum blonde, blue, pink, purple. She preferred black nail varnish with extra glitter on her middle finger and loved to be asked why, flipping the bird in response. Sasha also loved glitter because she believed that glitter makes people smile. Sasha had several diagnoses including Obsessive-Compulsive Disorder and Post-Traumatic Stress Disorder. Sasha had a history of self-harm.

Sasha died, aged just 20, on 31 March 2017. She had been detained under the Mental Health Act and died after taking an overdose whilst on leave from a mental health hospital run by Surrey and Borders Partnership NHS Trust.

The jury found that Sasha died as a result of deliberately ingesting a fatal overdose, they concluded her death was due to suicide. Three Prevention of Future Death reports were issued, one of which was sent to 10 different organisations.

Forster family statement at the conclusion of Sasha’s inquest

Sasha had so much to live for and she tried so desperately hard to get well.  We feel that this inquest has shown the flaws and inconsistencies in the system that let her down.

On the day of Sasha’s death there was no clear crisis plan in place for staff to follow, and the psychiatric team at Frimley Park Hospital refused to see Sasha. Surrey and Borders staff did not revoke Sasha’s Section 17 community leave, leaving her at high risk to herself in the community. Sasha was often dismissed by some staff as they labelled her as attention seeking, due to both incorrect suspicions of Emotionally Unstable Personality Disorder and rumours – which were completely unsubstantiated – of her having Munchausen’s (Factitious Disorder).

We hope that by shining a light on these issues, actions will be taken to prevent other young adults and their families having the same experience. We welcome the coroner’s decision to write three reports to prevent future deaths.

Sasha was our gorgeous girl, a precious daughter, a loving sister, a loyal friend, and a spark of brightness in the lives of all those she knew.

Sasha’s health worsened when she was transferred from Child and Adolescent Mental Health Services to Adult services. At this point we feel there was an abrupt decline in the care Sasha received and the therapy she had been receiving as a teenager simply halted. Sadly, this resulted in a swift decline in her physical and mental wellbeing.

Over two years since her death, and after a four-week inquest with seven other interested persons consisting of three hospital trusts, two police forces and two private GPs, a thorough investigation into Sasha’s death has finally taken place.

Sasha found the early hours the most difficult to deal with, when most mental health services are closed. As a result, we are fundraising to open a crisis house in Sasha’s memory, which will be open all night and will welcome all those who struggle as Sasha did.

The family would like to thank their legal team Sophy Miles at Doughty Street Chambers, Catherine Shannon and Jed Pennington at Bhatt Murphy for their tireless work, incredible support and exceptional attention to detail. They would also like to thank George Julian for live tweeting the inquest, and the transparency it brings to the process.