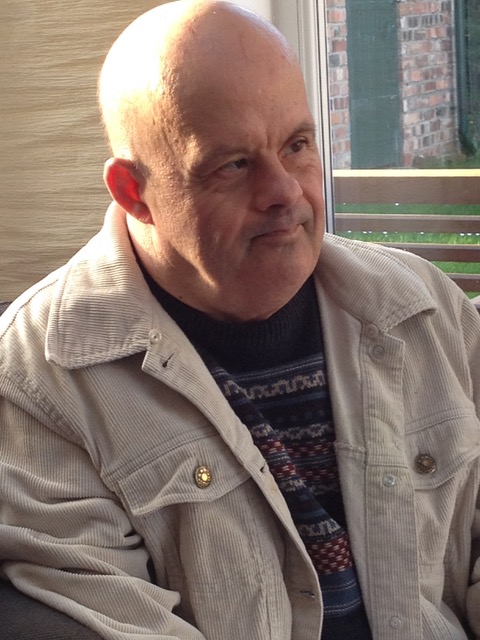 Guiseppe Ulleri, known as Joe, was born in Bolton, Lancashire on Remembrance Day 1954. He had Down Syndrome. He was the first-born son of his Italian immigrant parents who were told Joe would never lead a ‘normal’ independent life. They were told he probably wouldn’t even live beyond 20 years old and would forever be a huge burden on them financially and emotionally. They were urged to put Joe into Calderstones, a Victorian mental asylum.

Joe’s parents ignored the ‘medical’ advice. They loved Joe unconditionally. To them, he was a ‘blessing from God’, and they brought him home. It wasn’t easy but Joe blossomed and was a happy child, everyone who met him loved him. Joe was the eldest of 4 children and when their mother died, him and his father became inseparable. They lived together until Joe’s father, in his eighties, was no longer able to care for himself, or Joe.

Joe moved to L’Arche House and he would visit his father in his residential home nearby every day. He had a busy social life with lots of activities and enjoyed music, dancing and trips out. Joe’s carers found him on the floor of his room early one morning at the end of February 2016. An ambulance was called which took him to A&E at the Manchester Royal Infirmary. After a wait in A&E he was eventually seen and ‘checked over’ by staff, before being sent home. The next day, still concerned about Joe, they returned to A&E where a more thorough examination was conducted, including x-rays that showed Joe had a broken wrist, fractured neck and shattered hip and pelvis. Joe’s injuries were extensive but his family felt reassured they were finally being dealt with. They were told they ‘were not life threatening’ but it would be a long recovery as he would need lots of nursing. ‘Don’t worry. You don’t die of broken bones’ his brother was told.

What followed was a catalogue of miscommunications, inaction and lack of care from hospital staff. Joe was denied food for 19 days, developed aspiration pneumonia and unexpectedly died. His family believe he was effectively starved to death. His inquest was held in Manchester in March 2019 in front of Assistant Coroner Angharad Davies and a jury.

Giuseppe Ulleri was admitted to hospital following a fall. During his stay there was a failure in his overall care, specifically nursing him in a supine position and a failure to provide adequate nutrition. This constituted neglect. Giuseppe Ulleri contracted aspiration pneumonia and passed away on the 20 March 2016. The failures in care contributed to Giuseppe Ulleri’s death.

We want to start by thanking the Coroner and the Jury and our incredible legal team who have worked tirelessly over many years to get to the truth of what happened to our brother Joe. Nina Ali, Priya Singh, Ayesha Khan. You have restored my faith in the judicial system and we will forever be in your debt. Our barrister, Simon Cridland who we will be eternally grateful for as my brother Joe needed a voice and Simon gave him such a powerful incisive voice that will have a lasting impact for years to come.

Following the Jury’s verdict today which importantly included a finding of “Neglect” the family released this statement:

Our brother was the kindest and gentlest soul, yet he was allowed to die in the most horrendous way. Not only was he thoroughly neglected, he was starved for 19 days in hospital and denied proper pain management. Joe’s death came as a result of what the jury have found to be gross failures from the Manchester Royal Infirmary who were supposed to be caring for him.

When he had a fall in his care home, breaking his hip, we were told to not worry as ‘people don’t die from broken bones’. The simple truth is he should not have died in hospital. We believe Joe died, like many people with learning disabilities, because of discrimination and indifference by medical staff. When Giovanni asked a nurse about his care he was told that she ‘had 20 normal patients to deal with’.

We, and Joe’s friends and carers from L’Arche were deeply concerned that Joe was being forgotten about, a belief that turned out to be true. Joe was particularly vulnerable because he couldn’t talk for himself, and we feel so angry that those who were trying to advocate for him, were ignored. We, Joe’s family, only found out that he had been denied food following an internal inquiry. We would never have known otherwise.