OK, quick blog post and quick request for your lazy Sunday evening/Monday morning/whenever you read this.

The Human Rights Act is under threat, now I know very little about the law, but in my experience you don’t tend to know about the law until you need it’s protection.

The Act for the Act campaign was established shortly after the General Election once the Conservatives announced they intended to scrap the Human Rights Act. Run entirely by volunteers, the campaign was founded by barristers Caoilfhionn Gallagher and Martha Spurrier, and journalist Fiona Bawdon.

We were inspired by seeing the importance of the Act to many people, including the bereaved parents that it has been our privilege to work with in our professional lives. When ordinary families and individuals find themselves in tragic and unexpected situations, we have witnessed at close hand the vital importance of the rights and protections that only the Act can provide.

If you visit the campaign website you can learn more about how bereaved parents have used the Human Rights Act to try and get answers about what happened to their children, and also to improve things for others. These include Catherine Smith whose soldier son, Jason died from heatstroke in Iraq, her actions have ensured other soldiers are safer since. You can also read about the legend that is Mark Neary who used the Act to get Steven out of an ATU and home where he belonged.

Jan Sutton, used the act to secure her dignity and that of thousands other people who require care to provide for their needs. Also featured is Hughes Cousins-Chang who needed the act to show that it was wrong he was held in police custody for 11 hours without anyone telling his mother.

These are ordinary people.

People who needed the protection of the Human Rights Act. Any of us could be the next person to need it.

The campaign is trying to secure 3,000 signatures to their letter to Michael Gove, the Secretary of State for Justice. All you have to do is click on this link, enter your name and email address and click submit. I promise it will take less than a minute, and you could protect yourself, your family and friends and all other humans. 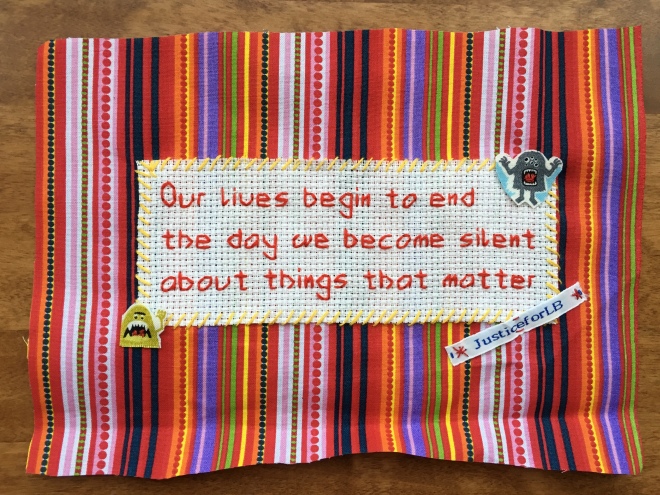 I’m not asking you to give money, or to take to the streets, or to spend hours reading dense documents, just a minute to sign the letter, please do so. Thank you.

0 comments on “Act for the Act – it takes less than a minute! #ActfortheAct”